We’re trying something new with a small group, and increasing the character limit to 280! Excited about the possibilities? Read our blog to find out how it all adds up.  https://t.co/C6hjsB9nbL 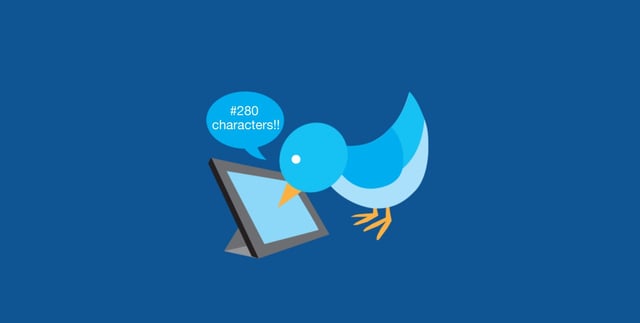 Could 140-character tweets become a thing of the past? Indeed, Twitter is testing out a new system with its social media platform by doubling the character limit to 280. However, don’t get too excited — the feature is only available to a selected number of users across the world.

The news was announced in a Twitter Blog by Twitter’s product manager Aliza Rosen which mentioned the reason for the certain change. More characters would give the opportunity for Twitter users to convey a thorough thought and be able to fully express themselves in 280 characters instead of cramming their posts into 140 characters. They found that languages like Japanese, Korean, and Chinese can convey about double the amount of information in one character as in other languages including English, Spanish, Portuguese or French. Therefore, people who tweet in Japanese, Korean and Chinese can express thoughts in fewer characters with more room to spare, as opposed to English, which takes up a lot of tweet real estate.

This issue is more prevalent in some languages than others and the company said the increase won't be trialed in Japanese, Chinese or Korean versions of the app since only 0.4% of tweets sent in Japanese use the full 140 characters, however in English 9% of tweets hit the limit.

Moreover, Twitter’s research shows that the current 140-character limit is "a major cause of frustration" for users in certain markets. Precisely, this applied for people Tweeting in English, but not for those Tweeting in Japanese.

“What matters most is that this works for our community – we will be collecting data and gathering feedback along the way. We’re hoping fewer tweets run into the character limit, which should make it easier for everyone to tweet,” Rosen said.

To sum up, they are currently testing the new limit with a select group before making a decision to expand the feature and implement it. So let's be calm and fingers crossed that Twitter will implement this great idea and make it easier for us to tweet and communicate.